This blog on Openstack modelled using Archimate follows on from the previous Blog on OpenStack Cloud Dashboard in Archimate – Part 2.

Implements Software-Defined networking which is the physical separation of network control plane from the forwarding plane using the OpenFlow protocol to control several devices. Uses either Command Line Interface (CLI) or Horizon as a GUI to configure the networking.

The structural architecture of Neutron is shown in the diagram below. Please note however that even though this all looks like it resides on one single node, components can be split out across multiple Compute Nodes, Controller nodes and Network Nodes. 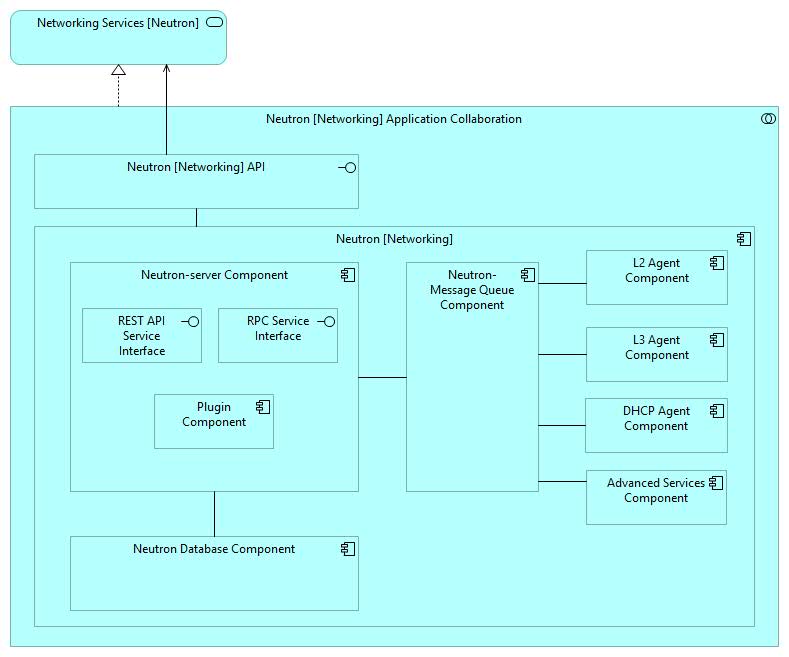 These are the REST & CLI Services offered by Neutron. For each Service below there are one or many sub-services or commands that can be found here: https://developer.openstack.org/api-ref/networking/v2/index.html

The next blog in the series is OpenStack Cloud Compute in Archimate – Part 4.