This blog on Openstack modelled using Archimate follows on from the previous Blog on OpenStack Cloud Networking in Archimate – Part 3.

The API servers process REST requests, which typically involve database reads/writes, optionally sending RPC messages to other Nova services, and generating responses to the REST calls. RPC messaging is done via the oslo.messaging library, an abstraction on top of message queues. Most of the major nova components can be run on multiple servers, and have a manager that is listening for RPC messages. The one major exception is nova-compute, where a single process runs on the hypervisor it is managing (except when using the VMware or Ironic drivers).

Nova also uses a central database that is (logically) shared between all components. 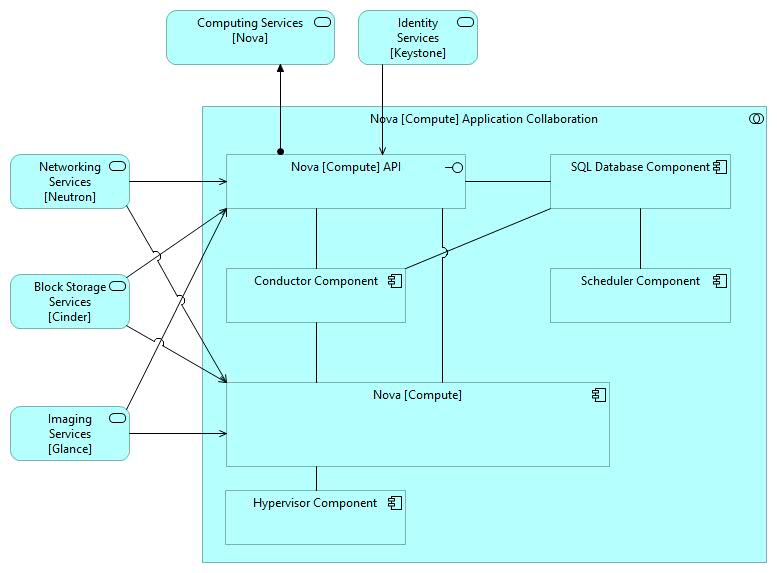 These are the REST & CLI Services offered by Nova for Compute. For each Service below there are one or many sub-services or commands that can be found here: https://developer.openstack.org/api-ref/compute (We also chose not to show all the many Deprecated services) 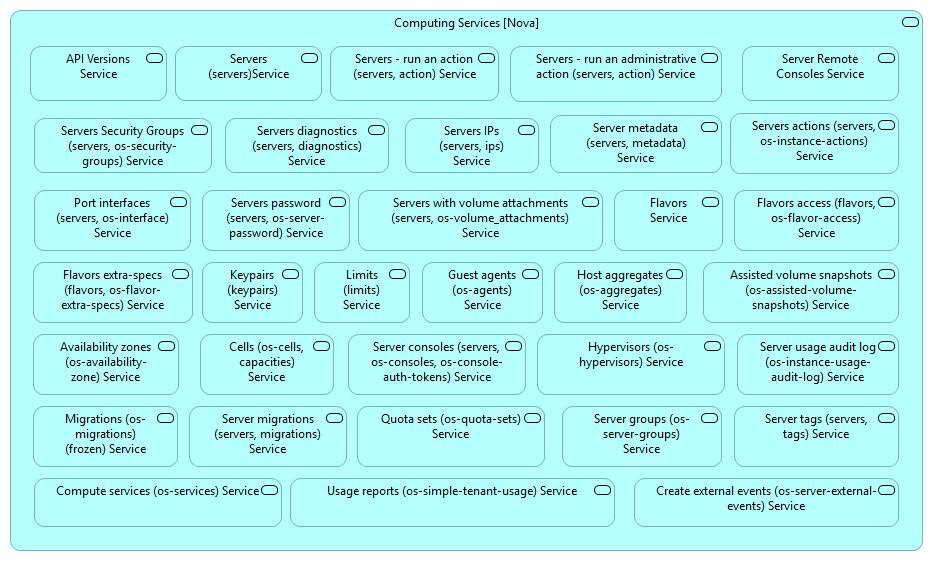 The next blog in the series is OpenStack Cloud Block Storage in Archimate – Part 5.